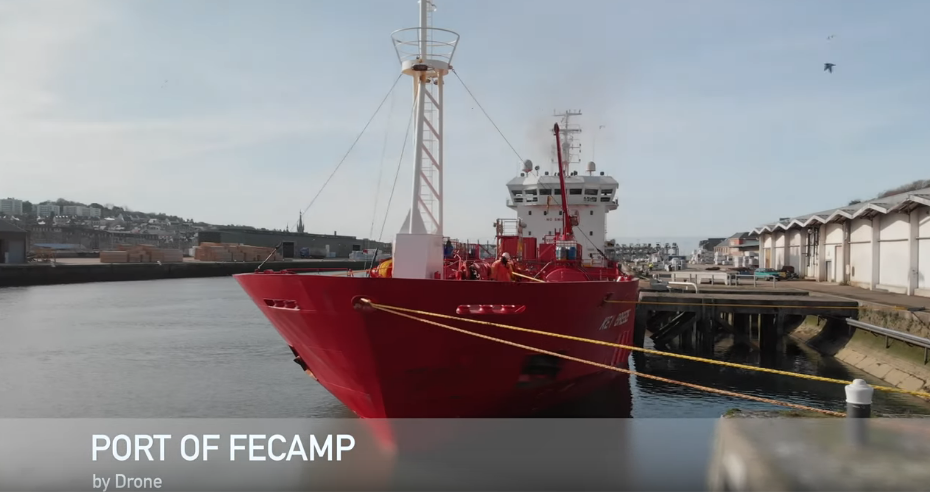 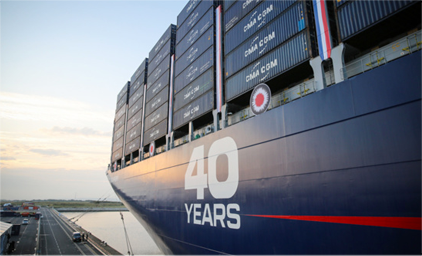 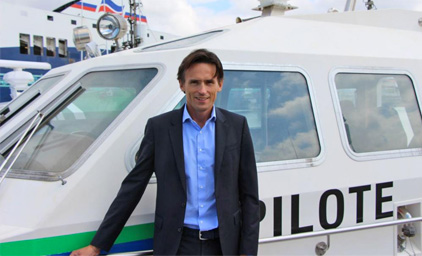 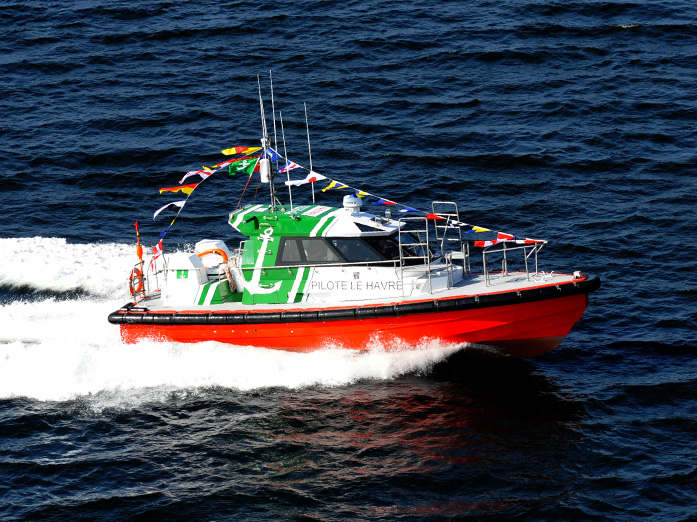 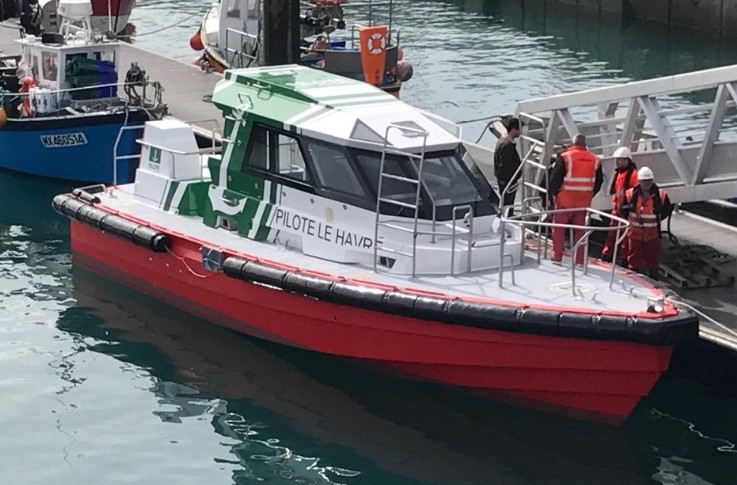 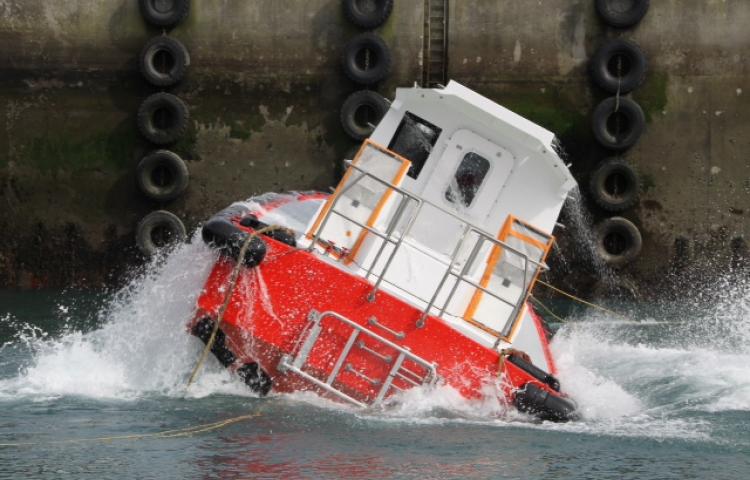 The selfrighting test of the pilot boat hab been made Friday, March 17, with success being an important step before its delivery to the compagny at the end of the month.

Smaller than the ORCA series currently in service, the new pilot boat will complement the fleet by offering optimized economic and environmental performance. The launch is propulsed by 2 steerable pods. Associated with a specific hull, this propulsion will allow new performance.

Derived from a prototype currently in service in Cherbourg, the new pilot boat ST-P 120 IPS type is self-righting, with a suspended bridge isolated from the noise and vibrations from the engin compartment.

12m long, powered by two sets VOLVO IPS1 of 330 HP each, it will be able to sail at the speed of 30 knots. Built in Carantec by Sibiril Technologies and designed by architecture firm Pierre Delion, it will replace the Havre de Grâce, one of the six sixteen-meter stars of the station.

Lighter, less powerful and therefore fuel efficient, this pilot boat will participate extensively in the service of ships at Le Havre Pilot Station, while complementing the efforts made in environmental matters by the Station for several years.